Super Power TK In KZN Under In Ugento

Super Power TK In KZN Under In Ugento

The 2nd round of the Italian aci karting championship takes place on the Salento track in Ugento (LE), where the yellow and black colors stand out at the top of the KZN Under and 60 Mini rankings.

Christian Carratelli in continuous growth, qualifies in 14th position, climbing up to 8th place for Final 2.

Luigi Musio one step away from a perfect weekend in KZN Under, absolute protagonist, Pole position, victory in both heats, and victory in Final 1. In Final 2 he sprints from 8th position and ends in P3, but due to a penalty he is relegated to 10th place.

Super-Piccio of comebacks. After qualifying in 5th position, in the first heat due to a contact he was forced to retire, as in the second but due to a technical problem while he was recovering more than fifteen positions. In final 1 he sprints from 27th position and finishes 10th, while in final 2 he starts 10th and wins an amazing race.
A special thanks to all the partners and to Testagialla Engines for the engine part.
Press Office,
TK Racing Kart,
28/06/2022
TkKart2022-06-28T15:06:01+02:00June 28th, 2022| 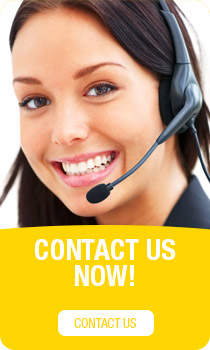 This website uses cookies to improve your experience while you navigate through the website. Out of these, the cookies that are categorized as necessary are stored on your browser as they are essential for the working of basic functionalities of the website. We also use third-party cookies that help us analyze and understand how you use this website. These cookies will be stored in your browser only with your consent. You also have the option to opt-out of these cookies. But opting out of some of these cookies may affect your browsing experience.
Necessary Sempre abilitato
Necessary cookies are absolutely essential for the website to function properly. This category only includes cookies that ensures basic functionalities and security features of the website. These cookies do not store any personal information.
Non-necessary
Any cookies that may not be particularly necessary for the website to function and is used specifically to collect user personal data via analytics, ads, other embedded contents are termed as non-necessary cookies. It is mandatory to procure user consent prior to running these cookies on your website.
ACCETTA E SALVA
Go to Top